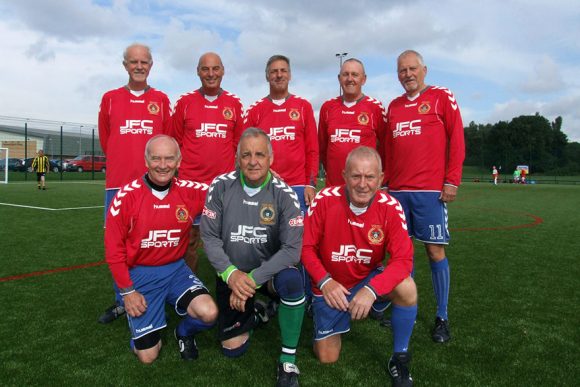 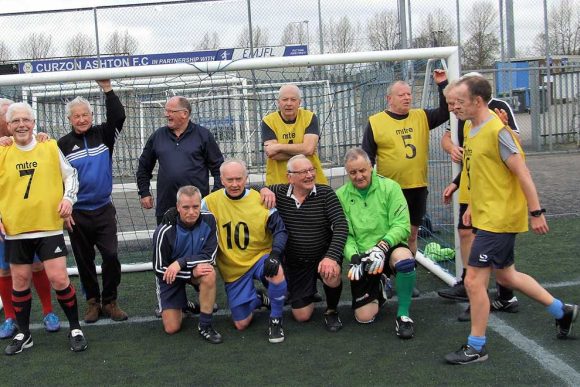 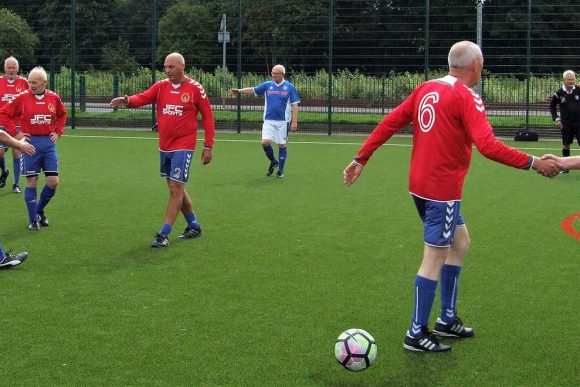 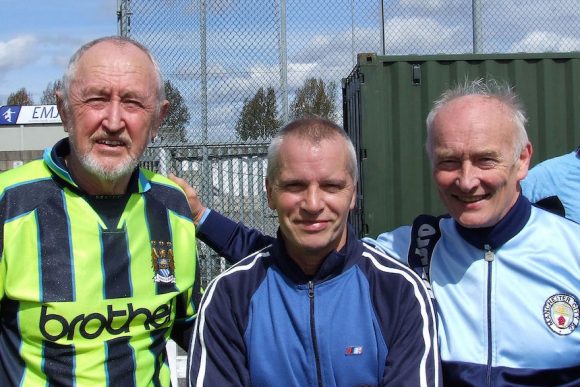 Play at the home of Curzon Ashton F.C.

Come along to Tameside Stadium every Monday and Friday morning for friendly, but competitive, walking football sessions with The Nash Amblers.

Supported by National League North side, Curzon Ashton F.C. and attended by the same people responsible for Denton’s popular Tameside Striders group, these well-run sessions follow the premise that results matter, but are not important.

Internal games are almost always refereed by capable volunteers and consist of two 25 minute halves preceded by a short, but essential, warm-up.

The Amblers operate a strict no-studs policy and advise players to wear suitable trainers or astroturf footwear instead. The group also runs a spin-off team, The Nash Bees, allowing a second squad to enter competitive events when demand for places is high.

If you’re interested in joining the Nash Amblers for either (or both) of their two weekly sessions, please contact Alan Richards using the details below.