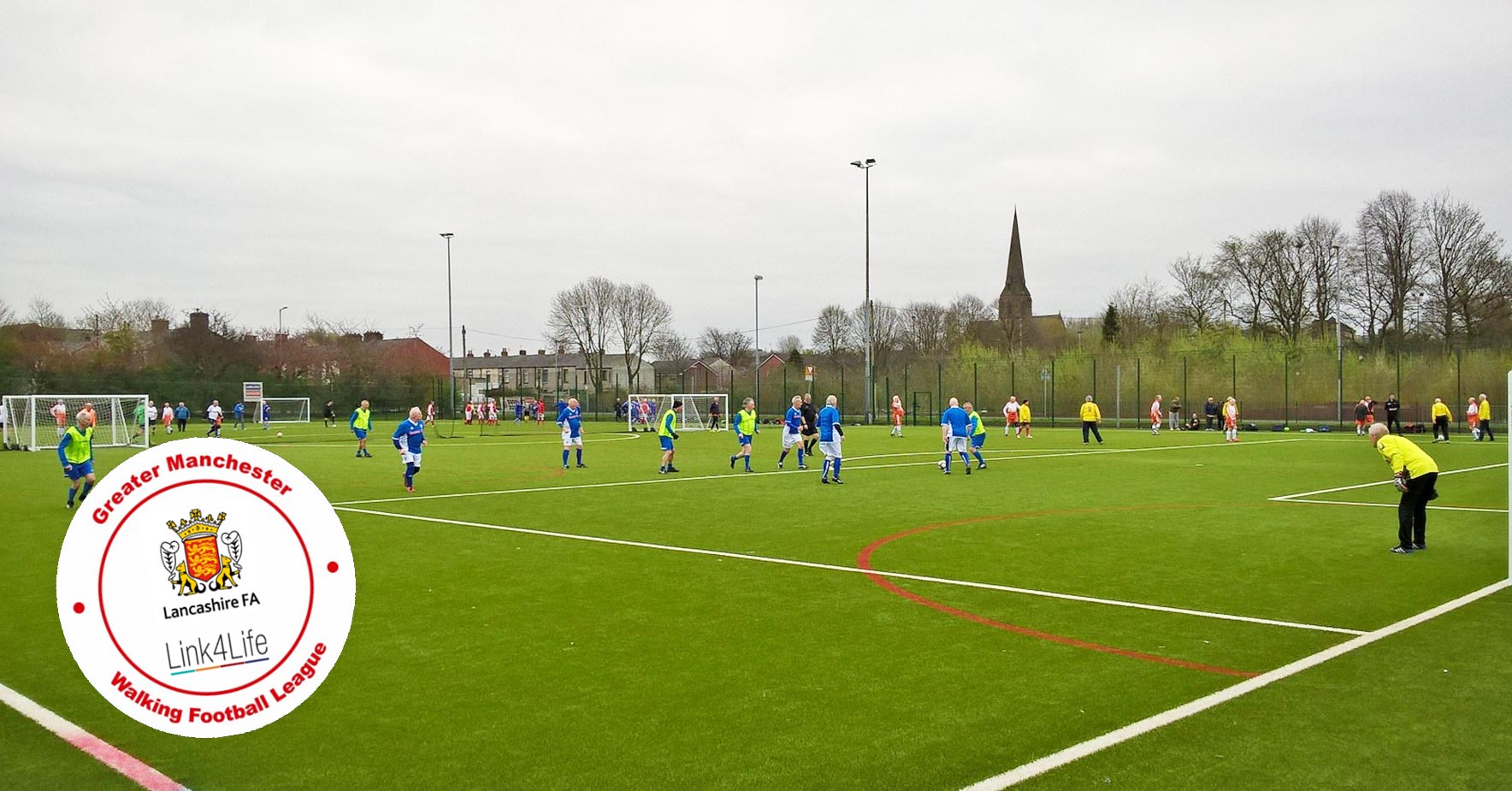 The second session of the Greater Manchester Walking Football League’s Autumn season took place on Friday (6/10) with over 14 teams competing in the October sunshine.

A total of 32 goals were scored across the 26 matches at Heywood Sports Village, as the battle for places in the league’s three divisions intensified.

In division one, Vintage Celtic moved up into second place to chase down Rochdale AFC Strollers, who maintained their six point lead at the top.

Unfortunately, the division’s other Rochdale side – the Striders – suffered contrasting fortunes and remain rooted in the relegation zone having failed to score a single goal so far this season.

In division two, AFC Blackpool Senior Seasiders are out in (sea)front with a three point advantage over fellow Flyde coast team, the Fleetwood Town Flyers in second. While in division three, just three points separates the Wakefield Wanderers in first to the Nash Bees in third.

In other news, both the Golden Boot and Golden Gloves awards are still up from grabs in the final session of the season on 1st December, despite the best efforts of Wai Hon Tsang’s six goals (Blackpool) and the clean sheets of Pete Smith (Fleetwood) and Mike Kieran (Vintage Celtic) respectively.

Off the pitch, congratulations are due to Fleetwood’s Peter Thomas, who raised a total of £135.92 for McMillan nurses from post-match refreshment sales.

You can view a full version of this report on the official GMWFL website and don’t forget to follow the league on Facebook for the latest news and fixture dates.