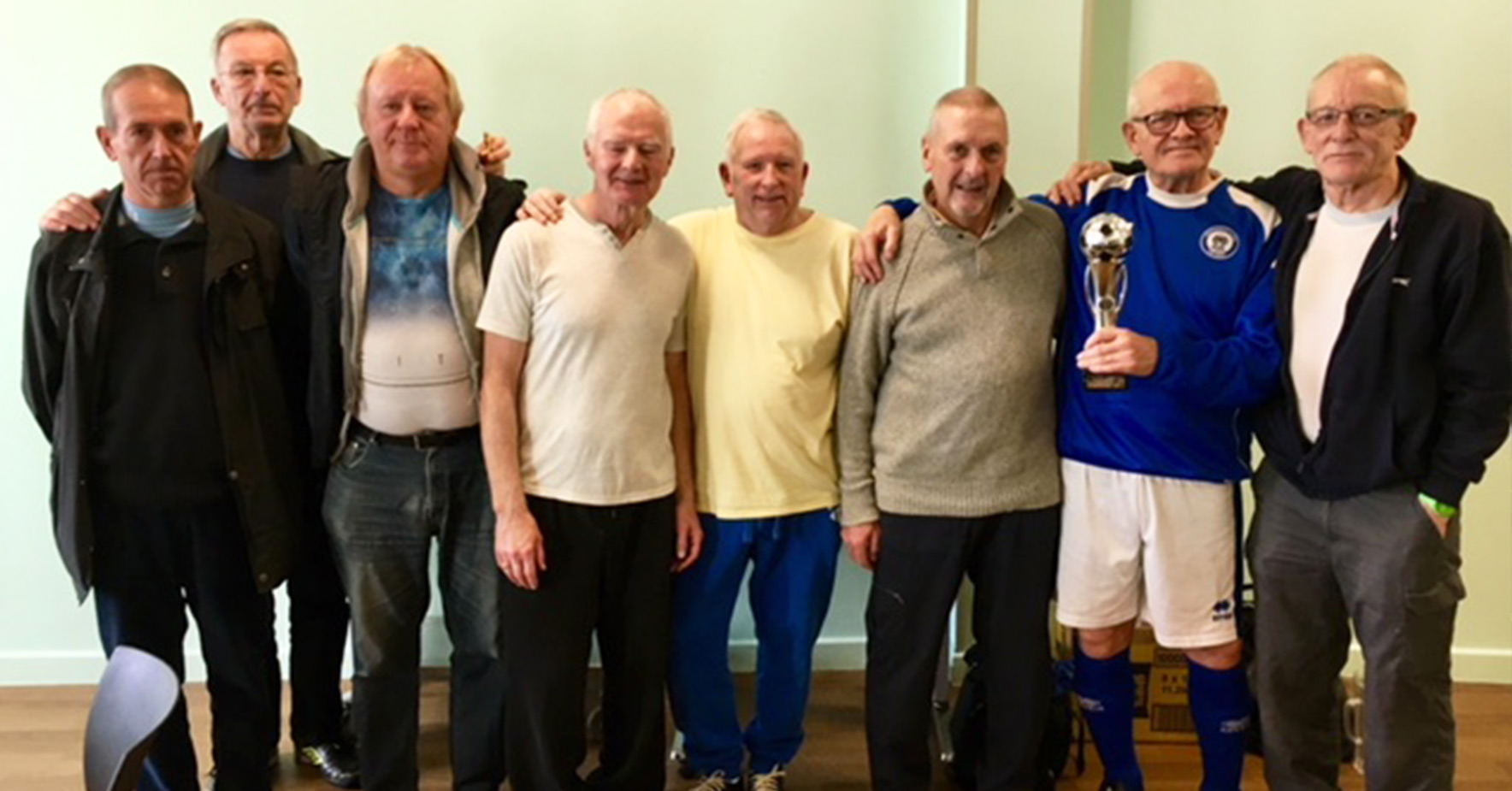 The year may be winding down but the Greater Manchester Walking Football League has been as active as ever.

At the beginning of November, as the country prepared to celebrate Guy Fawkes attempting to blow up the Houses of Parliament, it was the walking football at Heywood Sports Village that really caught fire!

On Friday 3rd, the GMWFL Autumn League continued with 14 teams in action across its three divisions, racking up an explosive 20 goals in 26 fixtures.

Rochdale Strollers saw their lead cut from six to four points at the top of first division, which could have been worse if it wasn’t for the disappointing display of Vintage Celtic who sipped to fourth.

AFC Blackpool Senior Seasiders protected their advantage at the summit of Division Two, picking up five points from a win and two draws. While, in the third division, just one point separates the top three teams.

Only goal difference is keeping Nash Bees from overtaking Bury Relics up front, with Wakefield Wanderers just a point adrift in third.

There’s still all to play for going into the final Autumn League session in December so be sure to check out the GMWFL website for full league tables and results.

Just one week on from the league came the opportunity for teams to make an immediate return to action in the Manchester Walking Football Cup.

Eight sides competed across two groups to earn a place in the semi-finals of the tournament, being played for only the second time ever after the first event in June.

The first semi-final saw Hartshill Strollers succumb to a 1-0 defeat at the hands of their half-namesake, Rochdale Strollers; and the second semi saw Chadderton beat Rochdale Striders 2-0.

In the goalless final that followed, the Rochdale Strollers overcame Chadderton in a tense shootout, to retain the trophy they won in the summer.

The consolation Plate final was contested by Tameside Striders and Vintage Celtic, with the latter finishing victorious.

The post-match buffet was attended by all players and a raffle raised a total of £90 for the Stroke Association.

Also, earlier this month, Bill Murney from the Greater Manchester Walking Football League got in touch with us to confirm a few rule amendments to help “make the sport what it was originally designed for.”

Non-Contact Tackling Only – The referee can red card a player if they feel that either the first or second offence warrants immediate action. The player shall play no further part in that day’s tournament.

Respect – The league’s zero tolerance approach to dissent and abuse now enables a referee to immediately red card a player if the first offence warrants such action.

Players sent off for violent conduct – All players, either sin-binned or given a red card during a game will have their details recorded by the referee. These will be passed onto the league organisers who will decide on possible further action. This could be either a final warning to the player or, in extreme circumstances, disqualification from all future GWFML fixtures.

One step penalty rule – A player must take one step back from the ball in the position from which they elect to kick it, or plant one foot besides the ball to be kicked with their other foot. Any player who scores after taking more than one step will have the goal disallowed and the penalty will be retaken. If the shot is missed or saved, play will simply resume without a retake.

League & Cup Deadlocks – If league positions are tied on points, goal difference will be considered. If this is also tied, the most goals for will decide the winners. If this is also tied, positions will be decided by penalties – three per team, then sudden death. The same criteria will apply to cup tournament group stages. Knockout round draws will go to penalties in the same three penalty format.